ION: A Compound Building Game is a card drafting game where players select from a number of available Ion Cards and Noble Gas cards with the goal of creating sets of compounds and inert noble gases.

Here’s how the game is played: Each player is dealt eight cards, must select one of those cards and then passes the remaining. Players must choose to either bond (pair) their selected card with another Element Card or set it alone (possibly to form an ionic bond at a later time). Throughout the game, players gain additional points for building specific compounds which are listed on the Compound Goal Cards and have available a set of Action Tiles which award them additional moves throughout the game. Players score points based upon the quantity and type of neutrally balanced compounds they construct and noble gas sets they collect. After three rounds, players add their total scores from each round, subtract points from Action Tiles used, and the player with the most points wins! 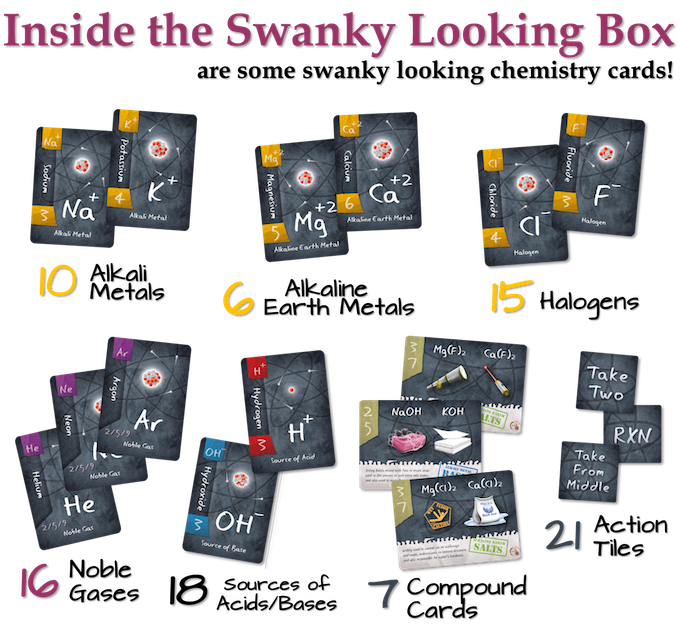 Selected cards must be either (1) bonded to another ion of an opposing charge or (2) set alone, but they cannot be moved once placed. Players only score points from cards, or sets of cards that are neutral (all charges are balanced).

Certain compound goals cards are randomly distributed each round, which players openly competing for. This means you need to also pay attention to what other players are building!